Devin, SAVE Action PAC is proud to announce another 2016 endorsement:

SAVE Action PAC is proud to endorse Audrey Edmonson for re-election as the Commissioner for Miami-Dade County's 3rd district in the August 30, 2016 election! 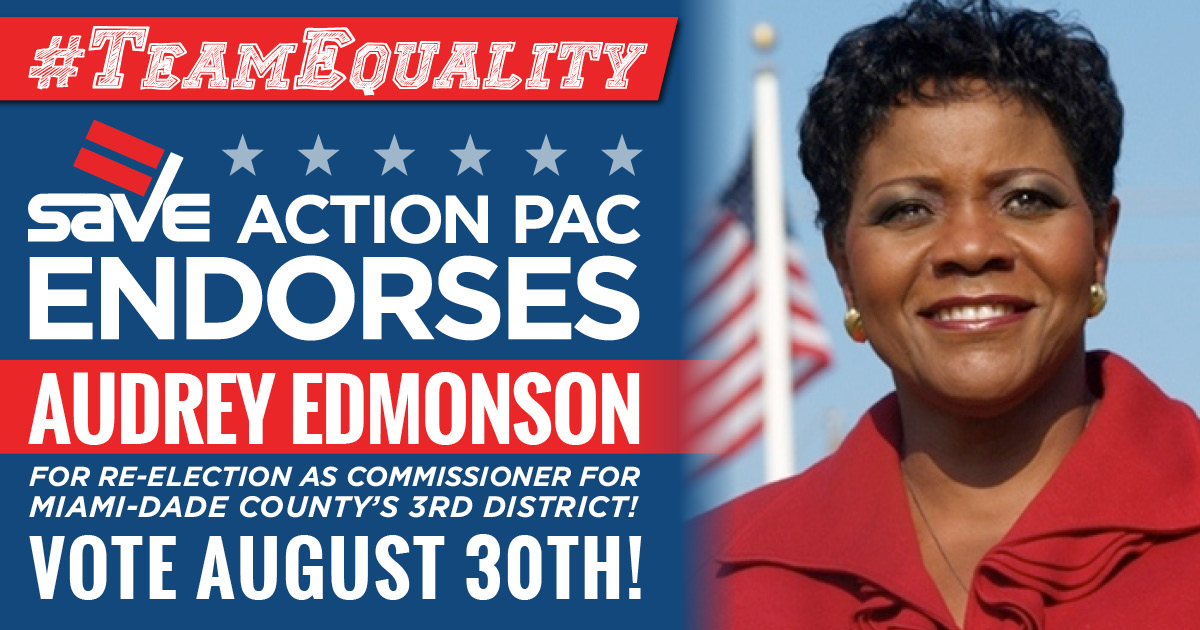 Commissioner Edmonson has served the 3rd district, which spans coastal areas of the central and northeastern mainland of Miami-Dade County, at the Board of County Commissioners since 2005. During her tenure, she has stood as one of the leading voices on the dais in favor of pro-equality policies.

She vigorously advocated for amending the countywide Human Rights Ordinance to include people who are transgender, and in fact spent some of her own political capital introducing the proposal during a battle at the County Commission fought by SAVE in 2013 and 2014.

“We need to show some initiative up here,” she said during that hard-won fight. "It is really a fairness issue, an issue of equality, an acceptance issue.”

In part because of her proud stance in favor of protecting everyone in Miami-Dade County from discrimination, SAVE honored Edmonson as one of the Champions of the LGBTQ community at the 2014 edition of its annual Champions of Equality awards reception.