SAVE Action PAC is proud to announce two more 2016 endorsements:

SAVE Action PAC is proud to endorse Jason Pizzo for State Senate 38 and Francesca Menes for State House 108 in the August 30, 2016 elections! 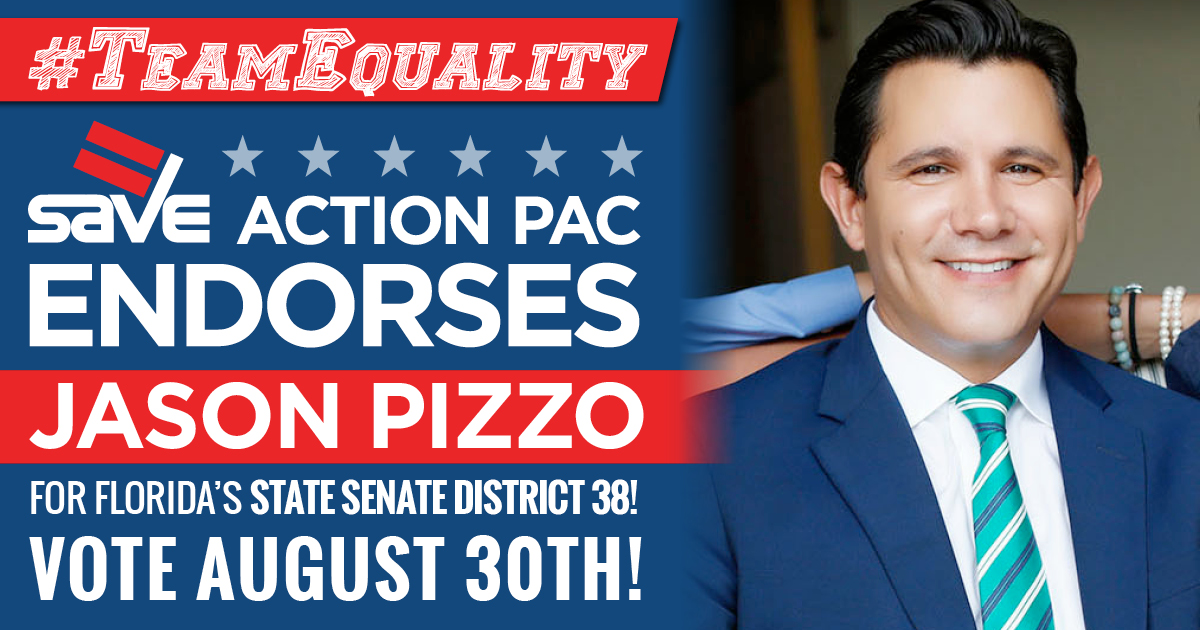 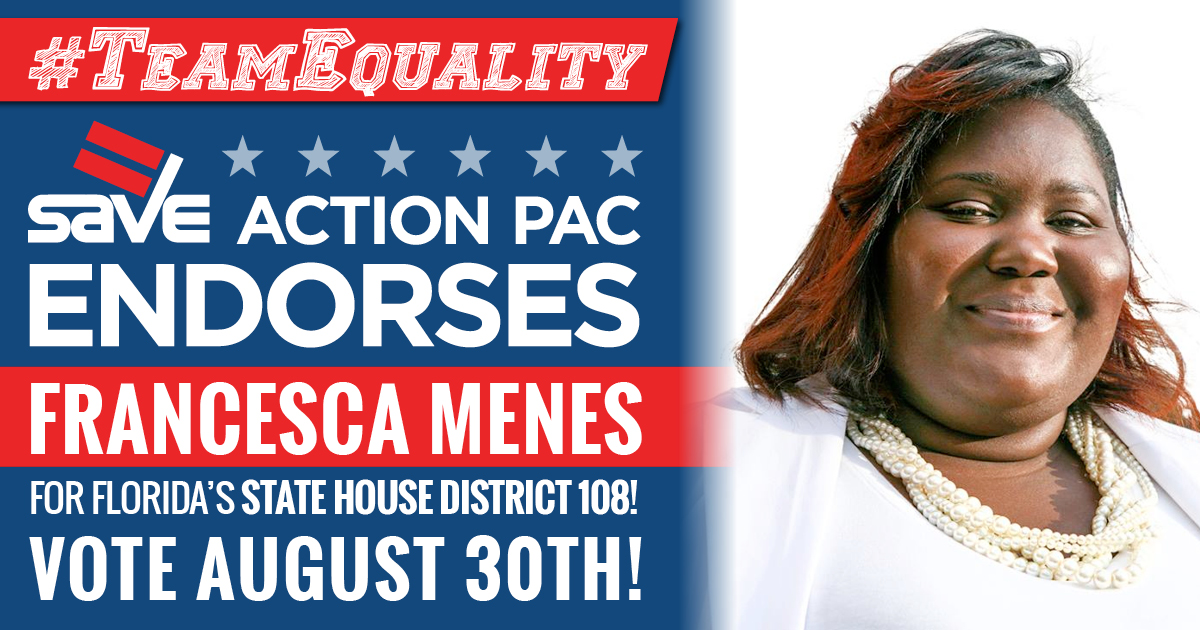 Jason Pizzo is a proud father, husband, public servant and homeowner in a coastal community directly impacted by sea-level rise and climate change. Prior to launching his campaign for the District 38 seat, Jason established himself as a compassionate Assistant State Attorney at the Miami-Dade State Attorney’s Office, during which time he successfully focused on crimes involving exploitation of the elderly, animal cruelty, and violent crimes.

In his interview before SAVE's endorsement panelists, Jason promised in detail to uphold the rule of law by fighting for pro-equality proposals in the State Senate, like the Florida Competitive Workforce Act and a ban on the abusive practice of so-called "conversion therapy" on LGBT Floridians. We are proud to support Jason's bid to represent the 38th District in the Florida Senate.

Francesca Menes is a Miami native, born and raised in the Little Haiti district she is running to represent. Since 2010, Francesca has worked at the Florida Immigrant Coalition, a statewide immigrant rights organization and now serves as the Director of Policy and Advocacy, creating a foundation for intersectional social justice movements focused on worker’s rights, racial justice, criminal justice and women’s rights.

Francesca is committed to protecting our workforce from discrimination based on sexual orientation and gender, equal pay for equal work, exploitation and wage theft. In her interview with our panelists, she stressed the critical need to pass the Florida Competitive Workforce Act in order to protect all of Florida's workers from discrimination. We are proud to support Fran's bid to represent the 108th District in the Florida House.

This year is a historic opportunity to add to the ranks of pro-equality leaders at all levels of elected office -- but we need your help to turn out pro-equality voters' for these leaders.

This summer, SAVE Action PAC has set an ambitious goal of raising $25,000 to support candidates on #TeamEquality who will defend our community.