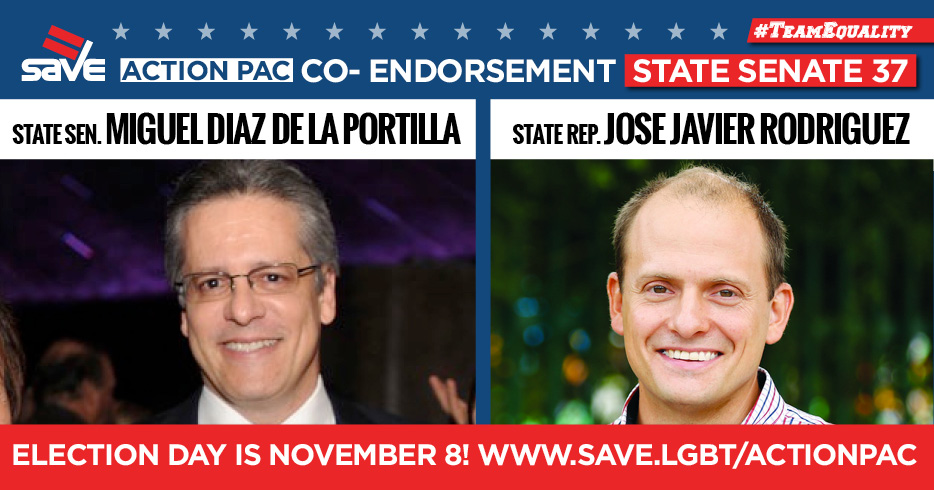 Senator Miguel Diaz de la Portilla has served his constituents admirably and effectively in the Florida Senate. He is slated for a key leadership position in 2017. Unlike a lot of politicians who are long on rhetoric and short on results, Senator Diaz de la Portilla has a proven track record of getting things done in the legislature.

In the 2016 session, Senator Diaz de la Portilla took a bold step by bringing the Florida Competitive Workforce Act up for a vote in his Senate Judiciary Committee for the bill's first vote ever in Florida history. Because of the Senator's strong support for equality and his unwavering actions in the Senate, we are one step closer to comprehensive statewide non-discrimination laws. 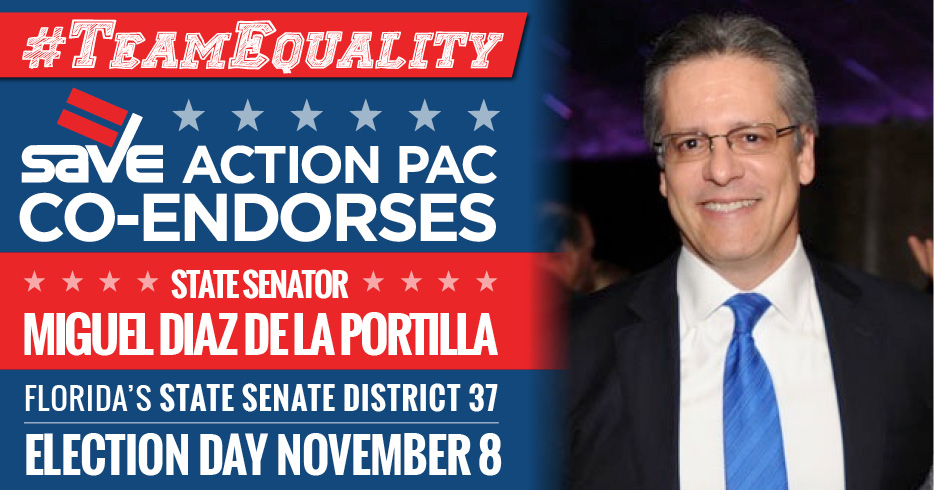 Some of our panelists remembered the Senator's vote nearly 20 years ago against the first iteration of Miami-Dade's Human Rights Ordinance when he served as a Miami-Dade County Commissioner in 1997. To this, the Senator responded in the best possible way: "Times were different two decades ago; I made a mistake and I regret it. I have evolved in the last 20 years on LGBTQ issues just like President Obama, President Clinton, and the majority of Americans."

Furthermore, the Senator duly impressed our endorsement panelists with a specific, concrete plan to empower all of the people in Florida, including the burgeoning LGBTQ community. He will prioritize pro-equality policies like the Competitive Workforce Act in 2017 and will be in a key position to get the act passed. We are very proud to co-endorse Senator Miguel Diaz de la Portilla.

The Representative took a lead role in the opposition to the so-called "pastor protection" act by attempting to foil it with an amendment in committee, although the bill in the end became law. He has also advocated for passage of pro-equality policies such as the Florida Competitive Workforce Act, and has spoken out against unpopular proposals to discriminate against LGBTQ Floridians like the anti-trans "bathroom bill." 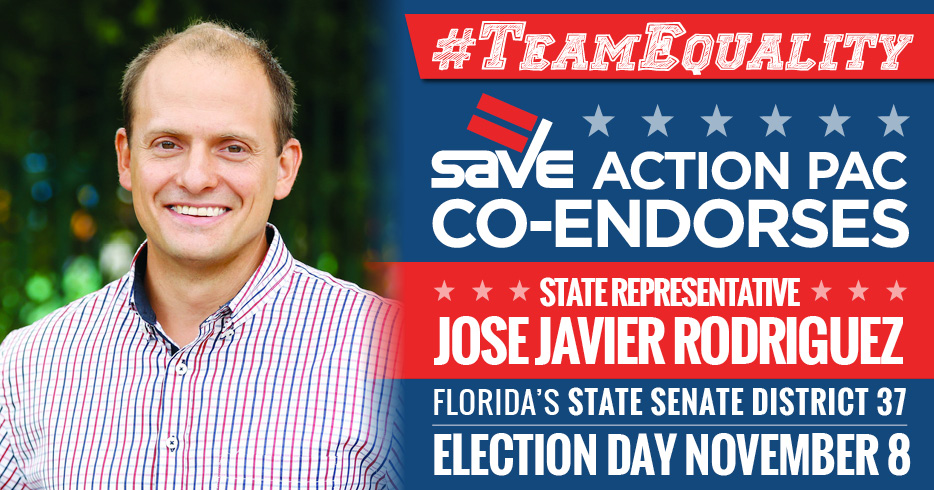 In his four years in the legislature, Representative Rodriguez has been an advocate for LGBTQ equality, and it showed through in his interview before our endorsement panelists. He has promised to give his LGBTQ constituents a voice in the Legislature by fighting for passage of the Florida Competitive Workforce Act. We are proud to co-endorse Rep. Jose Javier Rodriguez.

YOU DECIDE - a note on Co-Endorsements:

We are always reluctant to Co-Endorse and only do so after excruciatingly careful consideration. This race is very important. You can't vote for both of these candidates, but we certainly want you to vote.

Do your research on both candidates and their position on other issues that are important to you. Use SAVE as your guide on LGBT issues.

The deadline to register to vote in Florida is October 11, 2016! Are you registered to vote? Click here to PRINT and MAIL your new or updated official Florida voter registration. >>