SAVE Action PAC is proud to endorse Debbie Wasserman Schultz for re-election as the U.S. Representative for Florida's 23rd Congressional district! 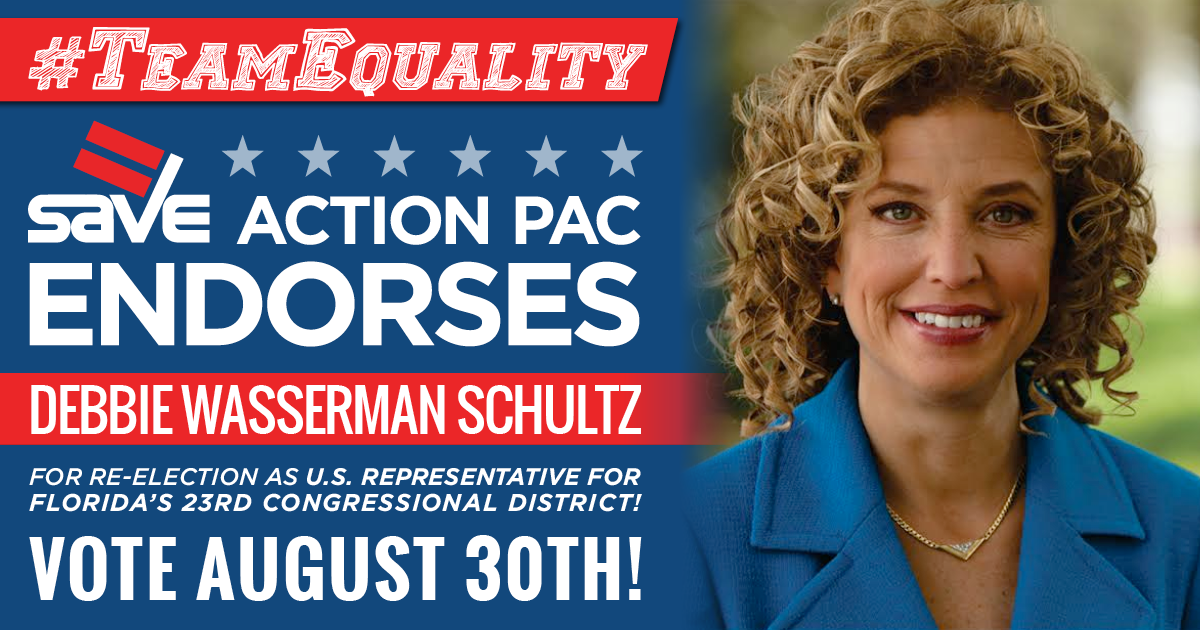 Congresswoman Wasserman Schultz has served coastal areas of Miami-Dade and Broward Counties in the U.S. House of Representatives for six terms. During her tenure, she has stood as one of the leading voices in Congress and nationwide in favor of pro-equality policies.

She vigorously advocated for the repeal of the U.S. military's discriminatory Don't Ask Don't Tell policy in 2010, as well as for a pro-equality ruling in SAVE's successful federal lawsuit with the ACLU which brought marriage equality to Florida.

As Congresswoman she has also been a proud advocate for HIV/AIDS funding in South Florida -- one of the areas hardest hit by the epidemic in the country -- and has spoken in favor of passage of the Equality Act currently under consideration before the U.S. House.

"When we join together to fight discrimination where it exists, and when we celebrate the rich contributions that LGBT Americans have made throughout our history, we are a stronger nation for it, and our future is bright," said Wasserman Schultz in a statement earlier in June on behalf of the Democratic National Committee, which she chairs, commemorating LGBT pride month.